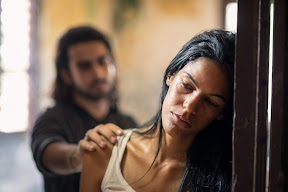 Houston criminal lawyer James (Jim) Sullivan has successfully represented a number of men falsely accused of the serious felony of assault of a family or household member by impeding breathing (strangulation).  By way of detailed defense packets, James Sullivan has persuaded the grand jury to no bill (dismiss) such charges.  James Sullivan has also prepared and set such cases for jury trial which the prosecutor then wisely chose to dismiss on the trial setting.

One wonders if police officers may sometimes suggest to an alleged victim that she was choked in order to make a felony arrest.  An alleged victim who is already mad at her boyfriend or husband may go along with the suggestion, not realizing the seriousness of such an allegation.  It does seem odd that in some cases the only so-called objective evidence in the police offense report suggesting that such an assault occurred is the officer’s purported observation of “redness” on the person’s neck, yet no photos were taken of this redness and the victim refused medical treatment.

According to a recent Houston Chronicle blog post by reporter Erin Mulvaney entitled “Harris County prosecutors see increase in choking charges” (see below), the number of felony cases filed for Assault Family Member by Impeding Breathing (strangulation) has increased by 40 percent in the first 6 months of 2012 over the same time period as last year.

Harris County prosecutors have seen an uptick in recent weeks in the number of  felony charges against those who choke victims during an attacks, several years after state lawmakers passed a law to stiffen penalties for the offense…
In September of 2009, penalties for assaulting a family member by choking or impeding breathing became more severe, raising the offense level to a third degree felony. In the first six months of this year, there have been approximately 40 percent more cases filed under this statute than in the same time period last year, said Donna Hawkins a spokeswoman for the Harris County District Attorney’s office.
“As people become more aware of the dangers of cutting off a person’s air supply, it is more likely that victims will report this offense, police will arrest defendants, and prosecutors will file these charges,” Hawkins said…
In 2009, a bill sponsored by Rep. Pete Gallego, D-Alpine, became law.  It made a choking an assault a third-degree felony if it included strangulation or suffocation against someone the suspect had been dating or someone in the suspect’s family and a second-degree felony for a second offense.
Proponents of the bill argued that strangling in domestic violence cases was not taken being taken seriously or punished harshly enough. The offense previously was charged as a form of assault, which can be a Class A misdemeanor and does not require a minimum jail time.

Attorney James Sullivan is an experienced Harris County Criminal Defense Attorney serving Greater Houston and Texas since 1994. James Sullivan is also Board Certified in Juvenile Law by the Texas Board of Legal Specialization.
James Sullivan graduated from the Trial Lawyers College founded by Legendary lawyer Gerry Spence. Sullivan has a proven record of defending people from all walks of life, faiths and countries in courts throughout Texas.